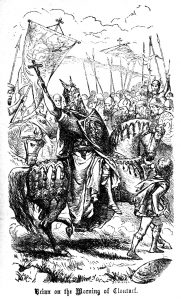 You may have come across the name Brian Boru in your visit to Ireland. Although Brian Boru is something of a legend, he is not a mythical figure. He earned his legendary status and became the ultimate Irish hero.

Born in county Clare he was destined to go far. He was the son of the king of Thomand and grandson of the king of Miagh Seóla. He was one of twelve sons and his father and brother Mathgamain undertook many raids through the River Shannon. After his fathers death, his brother Mathgamain became king and built on his father success by taking control over the province of Munster, thus becoming King of Munster.

Mathgamain was assassinated by the Vikings of Limerick and was succeeded by Brian. He wasted no time in attacking the Vikings. After years of military campaigning and pressuring other kings into submission Brian Boru emerged as a great leader and Both Brian Boru and Malachy was the King of Tara ruled Ireland. This dual leadership ended a few years later and Brian Boru became high king of Ireland by taking control of Viking Dublin. This status was short-lived however as some rebelled against him, mainly settled Norsemen. This rebellion led to the battle of Clontarf in 1014. Brian’s army were victorious, however he paid the ultimate price as he was killed. 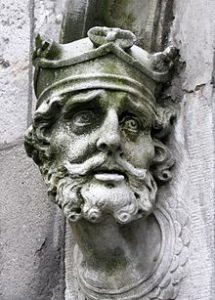 Brian rose to become the last great high king of Ireland by using clever military strategy. He was an unrivaled leader and a true Irish hero. He is buried in St Patrick’s cathedral, Armagh.